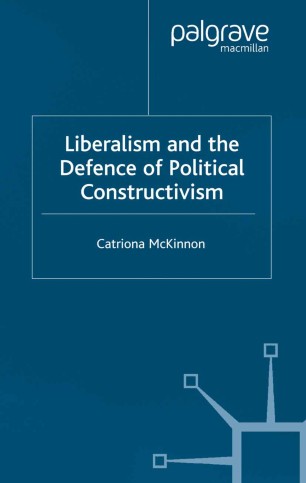 Liberalism and the Defence of Political Constructivism

CATRIONA MCKINNON is Lecturer in Political Philosophy at the University of York. She is the co-editor of The Demands of Citizenship and The Culture of Toleration in Diverse Societies: Reasonable Tolerance, and is the editor of the journal Imprints: A Journal of Analytical Socialism.