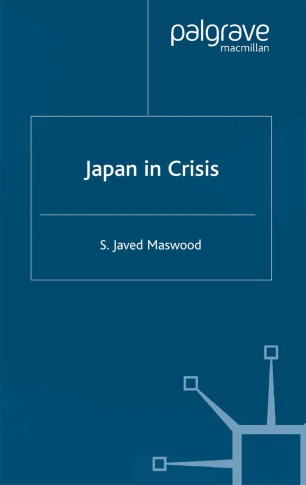 The long postwar economic boom in Japan ended in the early 1990s. Since then, the Japanese economy has stagnated and a series of reforms have failed to initiate economic growth. S. Javed Maswood focuses on the period after the Asian Crisis and looks at the measures that have been taken to revitalize the banking sector and to overcome regulatory and administrative impediments to economic growth. Including analysis of the latest data from Japan, this is an important study of Japan's political economy and the implications of Japan's economic slowdown for regional and global economic prosperity.

S. JAVED MASWOOD is a Lecturer in International Political Economy and Japanese Politics at Griffith University, Brisbane, Australia. He has published several books on international and Japanese political economy.