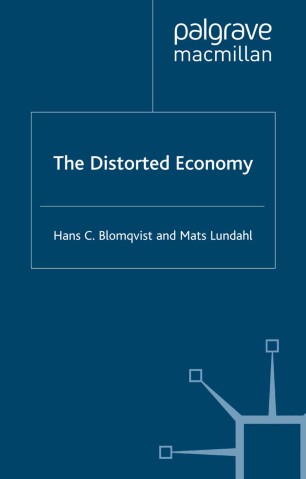 An economy does not always work according to idealized textbook models. Frequently, economic systems are subject to wide-ranging distortions and require remedy via subsidy and taxes to restore their social optimum. In The Distorted Economy, Hans C. Blomqvist and Mats Lundahl describe how to tackle the various distortions on goods and factor markets and apply their analytic framework to several case studies such as the trade policy of developing countries, apartheid in South Africa and socialist planned economies. The authors offer an important and timely analysis of the cause, effect and resolution of distortions in the economy.

HANS C. BLOMQVIST is Professor of Economics at the Swedish School of Economics and Business Administration in Vasa, Finland. He has published several books and a large number of articles in international journals.

MATS LUNDAHL is Lecturer at the Stockholm School of Economics.