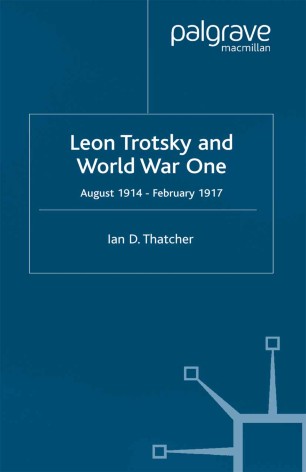 Leon Trotsky and World War One

World War I was one of the most important events of the twentieth century. It was also a crucial period in Leon Trotsky's political biography. This work is the first comprehensive examination of Trotsky's writings of 1914-1917 and the context in which they were produced. Its findings challenge Trotsky's autobiography and the standard account by Isaac Deutscher. Trotsky's war-time journalism is shown to be of continuing relevance to contemporary issues ranging from European unity to ethnic cleansing in the Balkans.