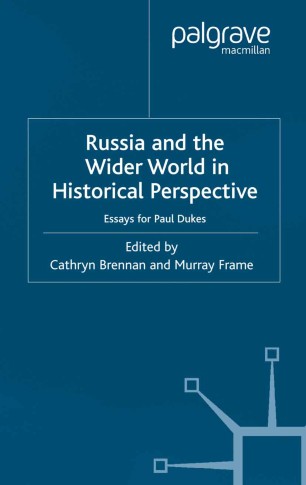 Russia and the Wider World in Historical Perspective

This new collection of original essays by leading academics explores major issues in Russia's relations with the wider world since the seventeenth century. The emphasis is not on Russian foreign policy per se, but on the different levels of interaction between Russia, its immediate neighbours, and the wider global community, including cultural, political and economic relations. The book has been produced in honour of the distinguished historian, Professor Paul Dukes.