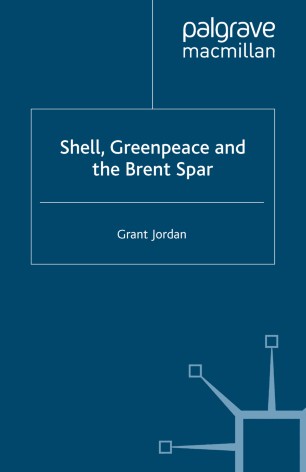 Shell, Greenpeace and the Brent Spar

The decision by multinational Shell not to dispose of the Brent Spar oil facility in the North Atlantic was taken after several occupations of the structure by Greenpeace, and as a result of large scale pro-Greenpeace protest in the UK, Germany and other continental countries. This case is often cited as showing the power of single issue pressure groups and is presented as leading to a pivotal reconsideration by big business of the importance of environmental dimensions. However, detailed research proves that Shell changed its mind on the Brent Spar issue because of the corporate structure of the company which meant that some parts were reluctant to bear the bad publicity. Using this case study, Grant Jordan considers the role of scientific advice in shaping governmental decisions on matters such as BSE, GM foods, global warming - and the consequences of a divided scientific view. He looks at the use of the media by groups and companies attempting to control the political agenda.