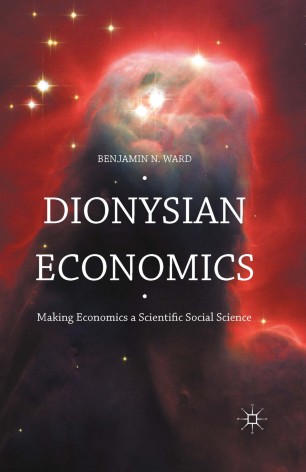 Nietzsche distinguished between two forces in art: Apollonian, which represents order and reason, and Dionysian, which represents chaos and energy. An ideal work of art combines these two characteristics in a believable, relatable balance. Economists, Ward argues, have operated for too long under the assumption that their work reflects scientific, Apollonian principals when these simply do not or cannot apply: "constants" in economics stand in for variables, mathematical equations represent the simplified ideal rather than the complex reality, and the core scientific principal of replication is all but ignored. In Dionysian Economics, Ward encourages economists to reintegrate the standard rigor of the scientific method into their work while embracing the fact that their prime indicators come from notoriously chaotic and changeable human beings. Rather than emphasizing its shortfalls compared to an extremely Apollonian science, such as physics, economics can aspire to the standards of a science that accounts for considerable Dionysian variation, such as biology. The book proposes that economists get closer to their dynamic objects of study, that they avoid the temptation to wish away dynamic complexity by using simplifying assumptions, and that they recognize the desire to take risks as fundamentally human.