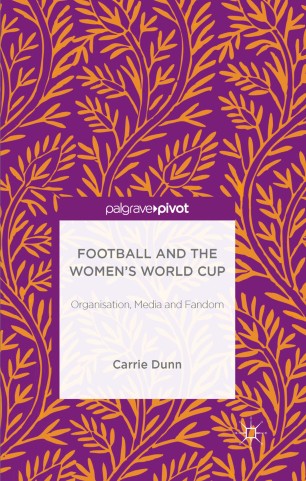 Football and the Women’s World Cup: Organisation, Media and Fandom

Women's football is the fastest growing participation sport in both the UK and across the world, and the 2015 Women's World Cup was the biggest tournament the sport had ever seen. This book explores the experience of fans of women's football who followed their teams in Canada, examining their practices and fan behaviour. How did host cities manage the influx of visitors? And how did fans manage to support their teams, considering the vast amounts of travel expected across such a big country? Dunn also examines the way that the England team is structured and run, relating this to the country's domestic competition, as well as assessing the media coverage of women's football globally. This research is all framed within the author's own experiences of the Women's World Cup, as both an academic and as a sports journalist.

Carrie Dunn is a journalist and academic who has been combining research, teaching and professional practice since 2005. Her research interests include fandom, sport, feminism and the consumption of popular culture. Her recent books include Female Football Fans (Palgrave Pivot, 2014) and Football and the FA Women's Super League (Palgrave Pivot, 2015).