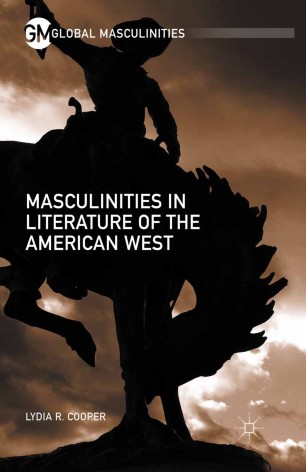 Masculinities in Literature of the American West

The Western genre provides the most widely recognized, iconic images of masculinity in the United States - gun-slinging, laconic white male heroes who emphasize individualism, violence, and an idiosyncratic form of justice. This idealized masculinity has been fused with ideas of national identity and character. Masculinities in Literature of the American West examines how contemporary literary Westerns push back against the coded image of the Western hero, exposing pervasive anxieties about what it means to "act like a man." Contemporary Westerns critique assumptions about innate connections between power, masculinity, and "American" character that influence public rhetoric even in the late 20th and early 21st centuries. These novels struggle with the monumental challenge of all Westerns: the challenge of being human in a place where "being a man" is so strictly coded, so unachievable, so complicit in atrocity, and so desirable that it is worth dying for, worth killing for, or perhaps worth nothing at all.

Lydia R. Cooper is Assistant Professor of English at Creighton University, USA. She is the author of No More Heroes: Narrative Perspective and Morality in Cormac McCarthy, as well as numerous articles on McCarthy and other contemporary American and Native American writers.

"Lydia R. Cooper's Masculinities in Literature of the American West draws from contemporary scholarship in masculinity studies and Western American literary studies to convincingly argue that 'cowboy masculinity' in contemporary literature cannot be reduced to one, simple meaning or identity. Instead, Cooper demonstrates through lucid close readings that contemporary Westerns grapple with, reject, and offer alternatives to hegemonic manhood and the imperialist violence that underwrote the formation of the normative genre Western. This book offers an exciting account of how we can think about the Western today." - Daniel Worden, Associate Professor of English at the University of New Mexico, USA and author of Masculine Style: The American West and Literary Modernism
Buy options