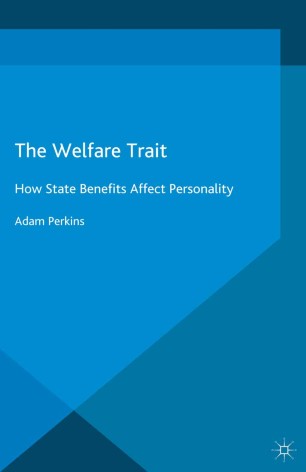 The welfare state has a problem: each generation living under its protection has lower work motivation than the previous one. In order to fix this problem we need to understand its causes, lest the welfare state ends up undermining its own economic and social foundations. In The Welfare Trait, award-winning personality researcher Dr Adam Perkins argues that welfare-induced personality mis-development is a significant part of the problem. In support of his theory, Dr Perkins presents data showing that the welfare state can boost the number of children born into disadvantaged households, and that childhood disadvantage promotes the development of an employment-resistant personality profile, characterised by aggressive, antisocial and rule-breaking tendencies. The book concludes by recommending that policy should be altered so that the welfare state no longer increases the number of children born into disadvantaged households. It suggests that, without this change, the welfare state will erode the nation's work ethic by increasing the proportion of individuals in the population who possess an employment-resistant personality profile, due to exposure to the environmental influence of disadvantage in childhood.