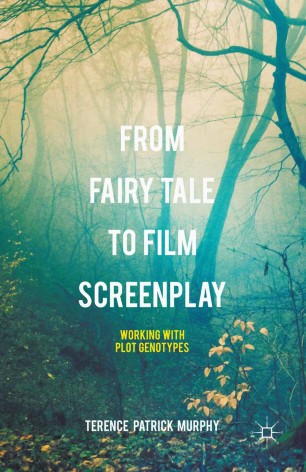 From Fairy Tale to Film Screenplay

In Screenplay: The Foundations of Screenwriting (1979), Syd Field first popularized the Three-Act Paradigm of Setup, Confrontation and Resolution for conceptualizing and creating the Hollywood screenplay. For Field, the budding screenwriter needs a clear screenplay structure, one which includes two well-crafted plot points, the first at the end of Act I, the second at the end of Act II. By focusing on the importance of the four essentials of beginning and end, and the two pivotal plot points, Field did the Hollywood film industry an enormous service. Nonetheless, although he handles the issue of overall structure expertly, Field falls down when offering the screenwriter advice on how to successfully build each of the three individual Acts. This is because Field did not recognize the importance of another layer of analysis that underpins the existence of plot points. This is the level of the plot genotype.This book will offer you a richer theory of plot structure than the one Field outlines. It will do this not by contradicting anything Field has to say about the Hollywood paradigm, but by complementing it with a deeper level of analysis. Plot genotypes are the compositional schemas of particular stories. They are sets of instructions, written in the language of the plot function, for executing particular plots. This book outlines the plot genotypes for The Frog Prince, The Robber Bridegroom, Puss-in-Boots, and Little Red Riding Hood and then shows how these genotypes provide the underpinnings for the film screenplays of Pretty Woman, Wrong Turn, The Mask, and Psycho. By means of a detailed study of these four Hollywood screenplays, you will be able to offer a much richer description of what is going on at any particular point in a screenplay. In this way, you will become much sharper at understanding how screenplays work. And you will become much better at learning how to write coherent screenplays yourself.

Terence Patrick Murphy is Full Professor of Rhetoric and Composition in the English Department at Yonsei University, South Korea. He was educated at the University of Toronto and Merton College, Oxford, where he wrote his doctoral dissertation on the history of the little magazine in England. He has published essays in such journals as the Journal of Narrative Technique; Narrative; Language and Literature, and Style. His major research interest is the stylistics of the plot in short fiction and film screenplays.

“Murphy’s analyses of both the fairy-tale genotypes and the corresponding Hollywood film genotypes are generally well explained, with tables at the culmination of each chapter outlining the progression of functions within the narratives. … His simple and easy-to-follow prose makes it a suitable text for the novice screenwriter hoping to aid their writing with plot genotypes … .” (Amy Crockett, Folklore, Vol. 128 (1), March, 2017)

“I would recommend this book to anyone with an interest in folklore, functional analysis, screenwriting, or even a more general interest in the ways in which both fairy-tale and movie plots work. … The combination of the two takes steps forward in the applicability of Propp’s functional analysis for those in the field of folklore and provides a new tool for screenwriters, and it is a stimulating read for story lovers and moviegoers alike.” (Kylie Schroeder, Marvels & Tales: Journal of Fairy-Tale Studies, Vol. 31 (1), 2017)

'In clear and readable prose, Dr Terry Murphy demonstrates and compares the common structures, themes and characters found in several important fairy tales and movies. His comparison of the major steps in Vladimir Propp's analysis of the classic fairy tale and Syd Field's analysis of a screenplay's Three Act Structure is ingenious and illuminating. Further, his examination of plot genotypes is an important contribution to dramatic theory. It's good to read someone who is taking a big bite out of an important topic.' - Rob Pope, Minneapolis College of Art and Design, USA

"An unacknowledged, and 'commonsense' notion of formalism has long underlined the way in which screenwriters think and talk about movie stories. Screenwriting manuals habitually break down the structure of narrative into articulating beats of many sizes, for example, and usually without offering context or a rigorous defense of the value of such an approach. Terry Murphy's achievement is to have applied the formalist rigor of Vladimir Propp's Morphology of the Folk Tale both to the analysis of movie stories and of the para-industrial texts that seek to explain them, and train new screenwriters in emulating them.'