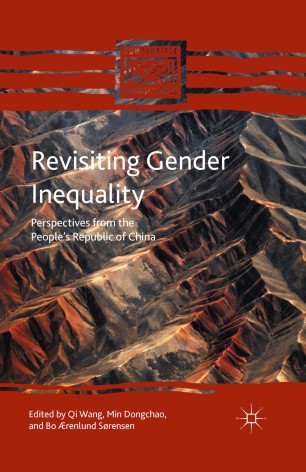 Perspectives from the People’s Republic of China

One of the widely acknowledged consequences of the economic reforms in China over the past four decades has been widened social-gender gap and hence increased gender inequalities. In recent years, there is a rising concern of inequality in China and a mounting intellectual reflection and critique of the growth-focused development path China has followed so far. This collection can be seen as a part of this critique, but the focus is on gender and various forms of inequality pertaining to gender and gender relations. The book shows how various gender inequality issues are approached and analysed in the location of China by Chinese gender/social science scholars and how studies of gender inequality constitutes an astute critique of the neo-liberal capitalist development in China. The book brings forth a distinctive gender perspective to the Chinese intellectual and political analysis of social inequality and a Chinese perspective to the bulks of international scholarship on gender inequality in China.

Qi Wang is Associate Professor of China Studies at the Department of Design and Communication at the University of Southern Denmark. She is the co-editor of Gender Equality, Citizenship and Human Rights: Controversies and Challenges in China and the Nordic Countries and Gender Politics in Asia: Women Manoeuvring within Dominant Gender Orders.

Bo Ærenlund Sørensen is a PhD student in the Department of Oriental Studies at the University of Oxford, UK.

"Revisiting Gender Inequality provides access to some of the key voices in China's own vibrant community of women's and gender studies scholarship. It offers theory-inflected empirical critiques of the nature of Chinese development, demonstrating the emergence of various forms of gendered inequality within the 'China model,' and connecting these to aspects of neoliberalism, privatization, resistance, and agency. This is vital reading for all interested in global feminisms and Chinese socio-economic development." - Sharon R. Wesoky, Professor of Political Science, Allegheny College, USA

"Gender inequality in contemporary China has been made visible in this remarkable collection of essays together with a powerful introduction in ways that go beyond standard conceptions of knowledge production. These writings demonstrate the extraordinary relevance of feminist anti-capitalist critique at the margins of Chinese society for a much wider international audience, both South and North, made possible through their excellent translation and contextualization in English." - Mary E. John, Senior Fellow, Centre for Women's Development Studies, India

"Gender is one of the most important research topics in Chinese studies. Much of the English literature about gender in China is written by people in the West for people in the West. Qi Wang and her associates introduce some research works on gender by scholars in China to Western readers, filling a gap in the literature. Students of Chinese society will benefit enormously from this volume." -Xiaowei Zang, Professor and Dean of Liberal Arts and Social Sciences, City University of Hong Kong
Buy options