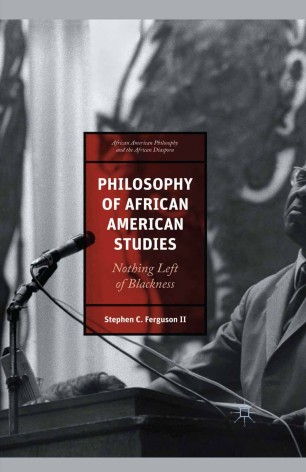 Nothing Left of Blackness

In this ground-breaking book, Stephen C. Ferguson addresses a seminal question that is too-often ignored: What should be the philosophical basis for African American studies? The volume explores philosophical issues and problems in their relationship to Black studies. Ferguson shows that philosophy is not a sterile intellectual pursuit, but a critical tool to gathering knowledge about the Black experience.


Cultural idealism in various forms has become enormously influential as a framework for Black studies. Ferguson takes on the task of demonstrating how a Marxist philosophical perspective offers a productive and fruitful way of overcoming the limitations of idealism. Focusing on the hugely popular Afrocentric school of thought, this book’s engaging discussion shows that the foundational arguments of cultural idealism

are based on a series of analytical and historical misapprehensions. In turn, Ferguson argues for the centrality of the Black working class—both men and women—to Black Studies.