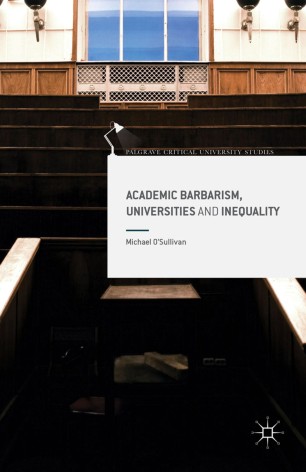 The image of the university is tarnished: economists argue that modern universities foster 'meritocratic extremism'; educationalists say they perpetuate inequality; novelists describe for us the 'barbaric rituals' of academics and philosophers say universities are engaged in 'practices of barbarism'. This book examines how these aspects of the modern university have transformed its educational philosophy and modes of transmission to the extent that the university fosters a form of academic barbarism. New theories of barbarism have emerged alongside a philosophical discourse that is redefining identity in terms of the posthuman and the beastly. Our philosophers are attempting to rescue back what remains of the human as barbarism takes hold. This book examines how recent philosophies of education, new readings of the economics of the university, new technologies affecting research and access, and contemporary novelists' representations of university life are all describing a global university that has given up on its promise of greater educational equality.