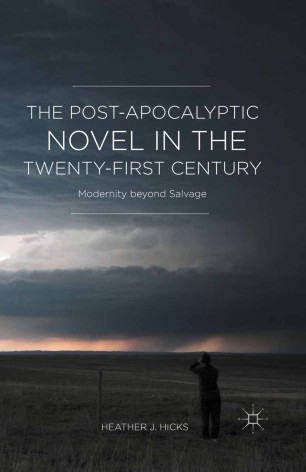 The Post-Apocalyptic Novel in the Twenty-First Century

Since the beginning of the twenty-first century, major Anglophone authors have flocked to a literary form once considered lowbrow 'genre fiction': the post-apocalyptic novel. Calling on her broad knowledge of the history of apocalyptic literature, Hicks examines the most influential post-apocalyptic novels written since the beginning of the new millennium, including works by Margaret Atwood, David Mitchell, Cormac McCarthy, Jeanette Winterson, Colson Whitehead, and Paolo Bacigalupi. Situating her careful readings in relationship to the scholarship of a wide range of historians, theorists, and literary critics, she argues that these texts use the post-apocalyptic form to reevaluate modernity in the context of the new century's political, economic, and ecological challenges. In the immediate wake of disaster, the characters in these novels desperately scavenge the scraps of the modern world. But what happens to modernity beyond these first moments of salvage? In a period when postmodernism no longer defines cultural production, Hicks convincingly demonstrates that these writers employ conventions of post-apocalyptic genre fiction to reengage with key features of modernity, from historical thinking and the institution of nationhood to rationality and the practices of literacy itself.