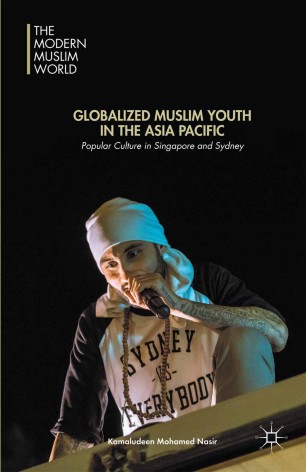 Popular Culture in Singapore and Sydney

This book is a sociological study of Muslim youth culture in two global cities in the Asia Pacific: Singapore and Sydney. Comparing young Muslims' participation in and reflections on various elements of popular culture, this study illuminates the range of attitudes and strategies they adopt to reconcile popular youth culture with piety.

Kamaludeen Mohamed Nasir is Assistant Professor of Sociology at Nanyang Technological University, Singapore. He is the author of a number of books on the sociology of religion and political sociology, including Digital Culture and Religion in Asia, co-authored with Sam Han.

"Globalized Muslim Youth in the Asia Pacific is an interesting study of Muslim youth in two cities: Singapore and Sydney. The author effectively challenges the view that global forces are homogenizing Muslim youth in the world, and the result is an informative and useful sociological study." Talal Asad, Distinguished Professor of Cultural Anthropology, City University of New York, USA

"Malay and Muslim youth in Singapore, perhaps as a consequence of their social marginalization, have been in the forefront of appropriating American youth culture. Kamaludeen's study of Malay/Muslim youth and contemporary popular culture is the first full length academic work that recognizes this. Further, in juxtaposing them with Muslim youth in Sydney, Kamaludeen has added an additional reference point for the analysis of the Singapore Muslim youth beyond the United States." Chua Beng Huat, Provost Chair Professor of Sociology, National University of Singapore, and Research Leader, Asia Research Institute, Singapore

'In this volume, Kamaludeen explores the dynamism of the Muslim youth in two global cities through an ethnography of their cultures. The study investigates in depth a variety of ethical, critical and transgressive practices related to the body, music and consumption. The result is a rigorous account of how the idea itself of youth cultures, which Western sociologists propagated (if not created) since after the 1950s, depends on the simultaneously resilient and rebellious agency of a type of subjects that modern societies can never completely subdue and regulate, neither with paternalistic-authoritarian means nor with more liberal strategies. The merit of Kamaludeen is to show us how such a deeply experienced, often vividly poetic type of culture exists and thrives, simultaneously, through self-cultivation, self-manipulation and self-reification. It is this culture that makes (in all meanings of the word) the 'Muslim youth.' Far from just providing a sociologically sound snapshot of a globally over-monitored segment of the world population, the resulting portrayal of the global, metropolitan, yet heterogeneous Muslim youth unveils the deeply antinomian character of globalization, that sedates by exciting and empowers by stigmatizing.' Armando Salvatore, Professor of Global Religious Studies, McGill University, Canada