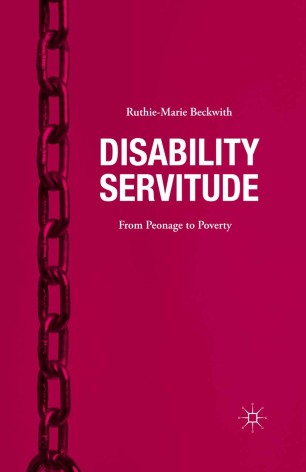 From Peonage to Poverty

Disability Servitude traces the history and legacy of institutional peonage. For over a century, public and private institutions across the country relied on the unpaid, forced labor of their residents and patients in order to operate. This book describes the work they performed, in some cases for ten or more hours a day, seven days a week, and the lawsuits they brought in an effort to get paid. The impact of those lawsuits included accelerated de-institutionalization, but they fell short of obtaining equal and fair compensation for their plaintiffs. Instead, thousands of resident and patient-workers were replaced by non-disabled employees. Disability Servitude includes a detailed history of longstanding problems with the oversight of the sub-minimum wage provision in the Fair Labor Standards Act oversight. Beckwith shows how that history has resulted in the continued segregation and exploitation of over 400,000 workers with disabilities in sheltered workshops that legally pay far less than minimum wage.