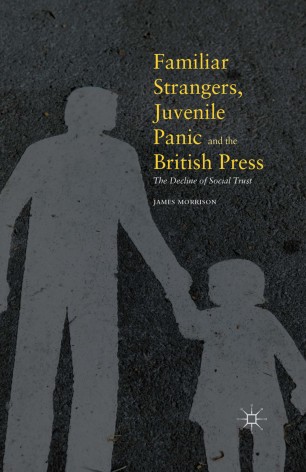 The Decline of Social Trust

This book argues that Britain is gripped by an endemic panic about the position of children in society – which frames them as, alternately, victims and threats. It argues that the press and primary definers, from politicians to the police, are key players in promoting this discourse.

Using a mix of intergenerational focus-groups and analysis of online newspaper discussion-threads, the book demonstrates that, far from being passive consumers of this agenda-setting 'juvenile panic' discourse, ordinary citizens (particularly parents) actively contribute to it – and, in so doing, sustain and reinforce it. A series of interviews with newspaper journalists illuminates the role news media play in fanning the flames of panic, by exposing the commercial drivers conspiring to promote dramatic narratives about children. The book concludes that today's juvenile panic – though far from the first to grip Britain – is a projection of the wide-scale breakdown of social trust between individuals in neoliberal societies.

Dr James Morrison is an experienced journalist and university lecturer. He worked for a number of years as a reporter, first on local then national newspapers – including the Independent on Sunday. He has lectured in journalism and public affairs since 2003, and is currently senior lecturer in journalism at Kingston University, UK.

"A great read and an important contribution to our understanding of how anxiety towards young people mutates into the narrative of panic." – Frank Furedi, University of Kent, UK
Buy options