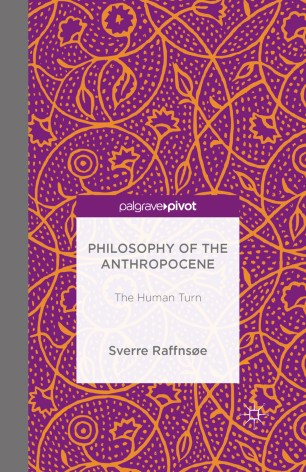 Philosophy of the Anthropocene: The Human Turn

The Anthropocene is heralded as a new epoch distinguishing itself from all foregoing eons in the history of the Earth. It is characterized by the overarching importance of the human species in a number of respects, but also by the recognition of human dependence and precariousness. A critical human turn affecting the human condition is still in the process of arriving in the wake of an initial Copernican Revolution and Kant's ensuing second Copernican Counter-revolution.

Within this landscape, issues concerning the human - its finitude, responsiveness, responsibility, maturity, auto-affection and relationship to itself - appear rephrased and re-accentuated as decisive probing questions. In this book Sverre Raffnsøe explores how the change has ramifications for the kinds of knowledge that can be acquired concerning human beings and for the human sciences as a study of human existential beings in the world.