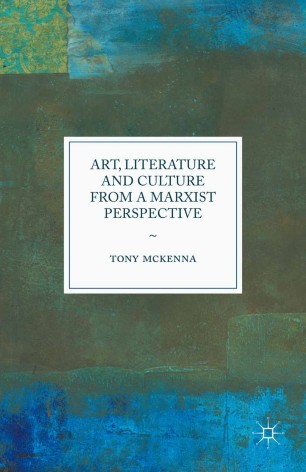 Art, Literature and Culture from a Marxist Perspective

This title offers a Marxist take on a selection of artistic and cultural achievements from the rap music of Tupac Shakur to the painting of Van Gogh, from HBO's Breaking Bad to Balzac's Cousin Bette , from the magical realm of Harry Potter to the apocalyptic landscape of The Walking Dead , from The Hunger Games to Game of Thrones .

Tony McKenna is a philosopher and journalist whose work has been featured in many publications including The Huffington Post, ABC Australia, The United Nations, The Progressive, New Statesman, New Internationalist, New Humanist, Adbusters, In These Times, Critique: Journal of Socialist Theory, Science and Society, Socialism and Democracy, Rethinking Marxism, Overland Literary Journal, Ceasefire Magazine and Marx and Philosophy Review of Books.

“My strongest recommendation is to read Tony McKenna’s book as an exercise in Marxist dialectics. Not only will it help you to understand Tupac Shakur and Vincent Van Gogh better; it will arm you for the big battles we face down the road.” (The Unrepentent Marxist, louisproyect.org, May, 2016)

“Tony McKenna’s book … illustrates both the possibility and relevance of a consistent Marxist approach to culture, which understands it both as a social product and as autonomous art in its own right. … McKenna writes like a fan, and thus speaks to the fan in all of us. As a result he has produced a work which should enrich our understanding of both popular culture and the Marxist tradition, and is almost as enjoyable as its subjects.” (Dan Swain, Marx and Philosophy Reviews, marxandphilosophy.org.uk, February, 2016)