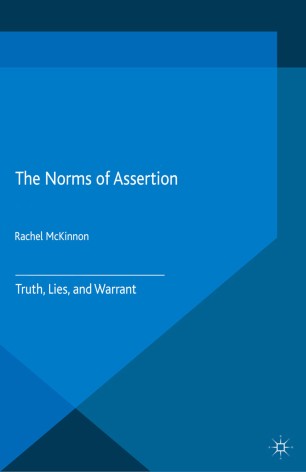 The Norms of Assertion

When we make claims to each other, we're asserting. But what does it take to assert well? Do we need to know what we're talking about? This book argues that we don't. In fact, it argues that in some special contexts, we can lie.

Rachel McKinnon is an Assistant Professor in the Philosophy Department at the College of Charleston, USA. She primarily works in epistemology, philosophy of language, metaphysics, and feminist philosophy. Her work has appeared in various journals such as Philosophical Studies, American Philosophical Quarterly, and Hypatia.