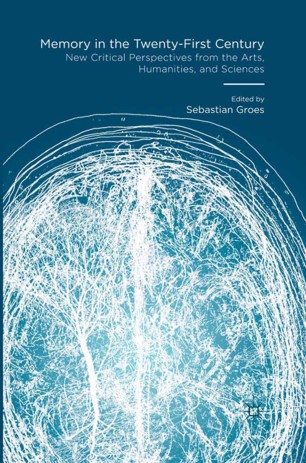 Memory in the Twenty-First Century

New Critical Perspectives from the Arts, Humanities, and Sciences

This book maps and analyses the changing state of memory at the start of the twenty-first century via short essays written by scientists, scholars and writers. An experimental, multidisciplinary volume, it presents new research whilst recontextualising memory by investigating the impact of new conditions such as the digital revolution, climate change and an ageing population. It contains contributions by researchers at the foreground of new thinking about the human mind, such as N. Katherine Hayles and Claire Colebrook, as well as by writers such as Will Self, Maggie Gee and Adam Roberts. The interlinking work shows that the multiplicity of revolutions force us to reconsider our thinking about what it means to be a human being in the twenty-first century. Memory is increasingly becoming a collective, globally shared networking activity, whilst the role of the human mind is increasingly marginal, and taken over by machines. Human nature is rapidly changing.

Sebastian Groes is Senior Lecturer in English Literature at Roehampton University, UK. He specialises in modernist and contemporary fiction, has written on authors including Ian McEwan and Kazuo Ishiguro, and published The Making of London. He is the Principal Investigator of the AHRC and Wellcome Trust-funded The Memory Network.

"As teacher, writer and editor, Sebastian Groes is one of the most interesting figures of his generation. His project, it seems, is to restore English studies (still languishing after its long dalliance with 'theory') to a central role in our intellectual culture. To achieve this he has drawn widely from other disciplines including the cognitive sciences. He has enlisted poets, novelists, psychologists, neuroscientists and philosophers to his cause. He has brilliantly enlivened and widened that contested space where science and the humanities meet. Memory and consciousness have always been the lifeblood of literary expression; in the past thirty years they have become subjects of scientific enquiry. Groes's passion for both modes of exploration has resulted in this superb collection of essays." — Ian McEwan, Booker Prize-winning author of Enduring Love, Atonement and The Children Act

"Memory in the Twenty-First Century, edited by Sebastian Groes, is a remarkable achievement. Bringing together an interdisciplinary mix of scientists, cultural critics, philosophers, writers and literary critics, it ranges across a diverse set of topics, including memory as metaphor, anticipation, ecology, subjectivity and even memory's seeming antithesis, forgetting. Readers will find an equally rich range of references, including novels, films, poems and art works, in addition to what seems like the entire scholarly repertoire of works on, about, and relating to memory across the centuries in Western culture." — N. Katherine Hayles, Professor of Literature and Director of Graduate Studies, Literature Program, Duke University, USA
Buy options