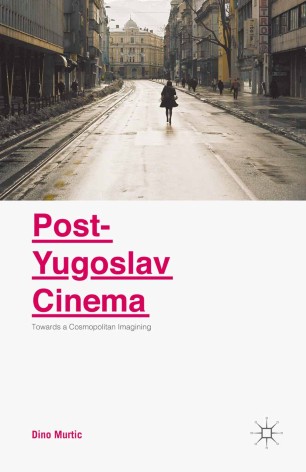 Towards a Cosmopolitan Imagining

Drawing primarily on selected filmic texts from former-Yugoslavia, the book examines key social and political events that triggered the Yugoslav wars in the 1990s. Yugoslav politics and society are set within the broader artistic and cinematic strategies that helped stabilise post-Yugoslav territories strategies that were part of the national desire of looking forward to a time of 'perpetual peace' and its subsequent cosmopolitan norms. It argues that filmic texts demonstrate the degree to which nationalism was at the heart of the violent disintegration of Yugoslavia. Yet, the concern of the argument is not simply to offer a filmic critique but to develop an alternative to nationalism; namely, a theoretical framework through which cosmopolitan humanism is at the forefront of addressing former Yugoslavia's political wounds.