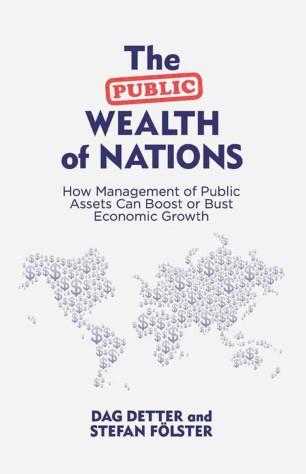 The Public Wealth of Nations

How Management of Public Assets Can Boost or Bust Economic Growth

We have spent the last three decades engaged in a pointless and irrelevant debate about the relative merits of privatization or nationalization. We have been arguing about the wrong thing while sitting on a goldmine of assets.

Why does this matter? Because despite the Thatcher/ Reagan economic revolution, the largest pool of wealth in the world – a global total that is much larger than the world’s total pensions savings, and ten times the total of all the sovereign wealth funds on the planet – is still comprised of commercial assets that are held in public ownership. If professionally managed, they could generate an annual yield of 2.7 trillion dollars, more than current global spending on infrastructure: transport, power, water, and communications.

Based on both economic research and hands-on experience from many countries, the authors argue that publicly owned commercial assets need to be taken out of the direct and distorting control of politicians and placed under professional management in a ‘National Wealth Fund’ or its local government equivalent. Such a move would trigger much-needed structural reforms in national economies, thus resurrect strained government finances, bolster ailing economic growth, and improve the fabric of democratic institutions.

Dag Detter is an advisor to investors in Europe and Asia, specialized in identifying under-performing high potential assets. As President of Stattum, the Swedish government holding company, and a Director at the Ministry of Industry, he led the first deep-rooted transformation of state commercial assets. He has worked extensively as an investment banker and advisor within the corporate, real estate and financial sector in Asia and Europe.

Stefan Fölster is The Managing Director of the Reform Institute (a market-oriented think tank in Stockholm with a focus on innovative reforms). He was previously the Chief Economist for the Confederation of Swedish Enterprise. He has authored many articles and books, for example the recent Renaissance of Reforms published jointly by the IEA and Timbro.

“I recommended Detter and Folster’s The Public Wealth of Nations, a smart read that pulls data and management strategies from throughout the globe in order to argue for ways we can add value to public assets and hence increase economic growth.” (The Philadelphia Citizen, thephiladelphiacitizen.org, December, 2016)