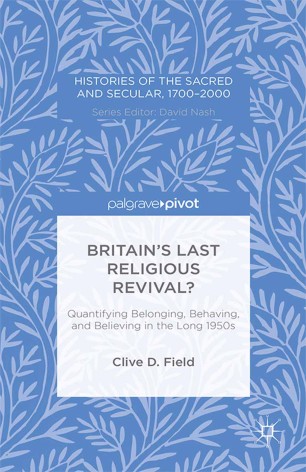 This is a major contribution to scholarly debates on the chronology and nature of secularization in modern Britain. Combining historical and social scientific insights, it analyses a range of statistical evidence for the 'long 1950s', testing (and largely rejecting) Callum Brown's claims that there was a religious resurgence during this period.