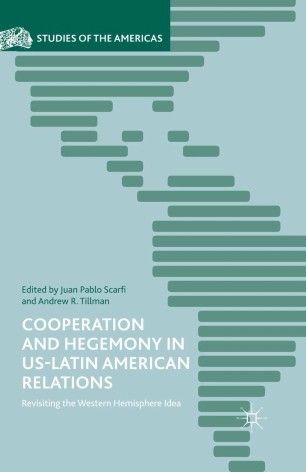 This edited volume revisits the idea of the Western Hemisphere. First articulated by Arthur P. Whitaker in 1954 but with origins in the earlier work of Herbert E. Bolton, it is the idea that "the peoples of this Hemisphere stand in a special relationship to one another which sets them apart from the rest of the word" (Whitaker, 1954). For most scholars of US-Latin American relations, this is a curious concept. They often conceptualize US-Latin American relations through the prism of realism and interventionism. While this volume does not deny that the United States has often acted as an imperial power in Latin America, it is unique in that it challenges scholars to re-think their preconceived notions of inter-American relations and explores the possibility of a common international society for the Americas, especially in the realm of international relations. Unlike most volumes on US-Latin American relations, the book develops its argument in an interdisciplinary manner, bringing together different approaches from disciplines including international relations, global and diplomatic history, human rights studies, and cultural and intellectual history.