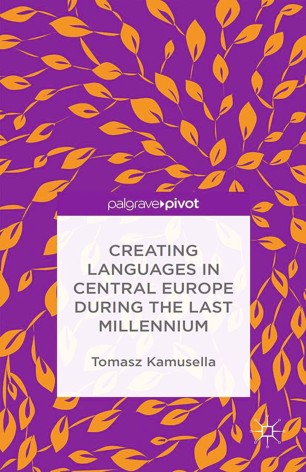 Creating Languages in Central Europe During the Last Millennium

After 1918 Central Europe's multiethnic empires were replaced by nation-states, which gave rise to an unusual ethnolinguistic kind of nationalism. This book provides a detailed history and linguistic analysis of how the many languages of Central Europe have developed from the 10th century to the present day.