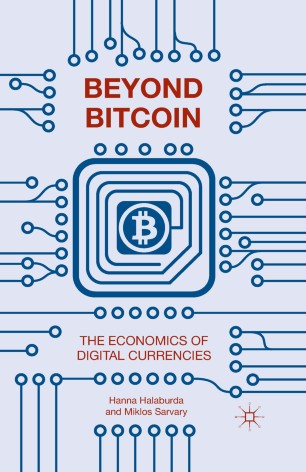 The Economics of Digital Currencies

Hanna Halaburda shares her time between New York University, USA, and the Bank of Canada. Previously, she was on the faculty at Harvard Business School, USA, and a visiting scholar at Columbia University, USA. Halaburda's research specializes in the economics of digital currencies, platform competition, and the impact of technology on firms' strategy.

Miklos Sarvary is Professor at Columbia Business School, USA, where he serves as Faculty Director of the Media and Technology Program. Previously, he was on the faculty at Stanford University, USA; Harvard University, USA; and INSEAD. His research has focused on information and news markets, social network competition and, more recently, online advertising effectiveness.

"Digitization is eating the world, and currencies are not immune from this transformation. Halaburda and Sarvary separate the hype from the reality and provide the grounded explanation of digital and crypto-currencies that has been lacking until now." - Erik Brynjolfsson, Director, Initiative on the Digital Economy, Massachusetts Institute of Technology, USA; coauthor, The Second Machine Age

"The book lays out the economic principles that help predict the future of digital currencies. It provides a unique perspective about competition between currencies and the role of digital currencies in platforms. A fascinating read!" - Susan Athey, Economics of Technology Professor, Stanford University, USA; John Bates Clark Medalist

"While alternative currencies such as Bitcoin or Litecoin hold the promise of reshaping economic activity and transforming our lives through increased control, security, and a reduction in the costs of carrying transactions, for many, the world of digital currencies remains dark, puzzling, and mystifying. Beyond Bitcoin is a must-read for anyone seeking to understand the simple economics of digital currencies to manage the risks and to take advantage of the opportunities that this quickly evolving phenomenon presents." - Ramon Casadesus-Masanell, Herman C. Krannert Professor of Business Administration, Harvard Business School, USA; Co-editor, Journal of Economics & Management Strategy

"We have entered a period of momentous change in the way humans use technology to issue new types of currency and invent new ways of exchange. Beyond Bitcoin is a timely and highly readable book that situates the phenomenon of digital currencies in the wider evolution of money and offers a well-documented, jargon-free analysis that clarifies the ways in which digital currencies differ – but also resemble – traditional currencies. Halaburda and Sarvary's book will be immensely helpful to managers and students who aim to understand the economic forces driving the emergence and success of new currencies." - Annabelle Gawer, Associate Professor in Strategy and Innovation, Imperial College Business School, UK; author, Platform Leadership and Platforms, Markets and Innovation
Buy options