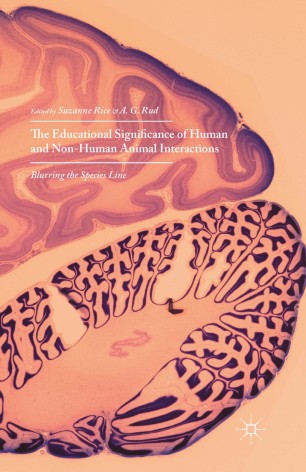 The Educational Significance of Human and Non-Human Animal Interactions

The Educational Significance of Human and Non-Human Animal Interactions explores human animal/non-human animal interactions from different disciplinary perspectives, from education policy to philosophy of education and ecopedagogy. The authors refute the idea of anthropocentrism (the belief that human beings are the central or most significant species on the planet) through an ethical investigation into animal and human interactions, and 'real-life' examples of humans and animals living and learning together. In doing so, Rice and Rud outline the idea that interactions between animals and humans are educationally significant and vital in the classroom.