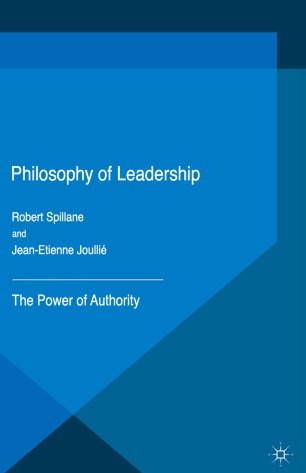 The Power of Authority

Robert Spillane is Professor at the Macquarie Graduate School of Management, Australia. He has been a visiting scholar at the London Business School, UK, the ABIN Institute in Germany, and the University of Stockholm, Sweden. He has published more than a dozen books on philosophy, psychology and management and a play, Entertaining Executives, which was performed at the Mermaid Theatre, London.

Jean-Etienne Joullié worked as an engineer in Europe and Asia Pacific for 18 years. He holds an MSc in Electrical Engineering, an MBA, and a PhD in Philosophy. He has taught in management schools in Paris and Sydney and now teaches at the Gulf University for Sciences and Technology in Kuwait. He has published a book of philosophy and articles in management journals.