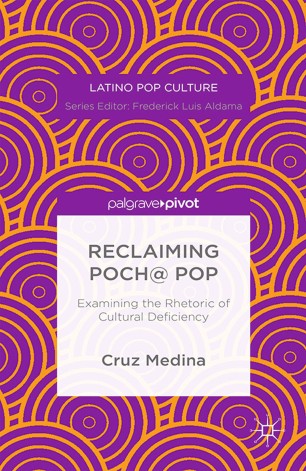 Tracing the historical trajectory of the pocho (Latinos who are influenced by Anglo culture) in pop culture, Medina shows how the trope of pocho/pocha/poch@, which traditionally signified the negative connotation of "cultural traitor" in Spanish, has been reclaimed through the pop cultural productions of Latinos who self-identify as poch@.