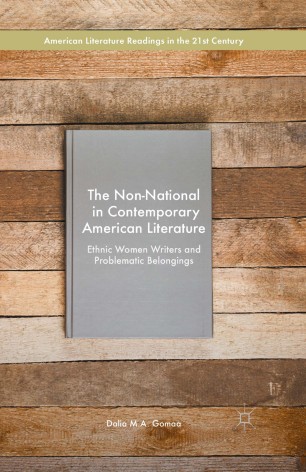 The Non-National in Contemporary American Literature

This study examines contemporary narratives by Arab-American, South-Asian American, Chicana, and Cuban-American women writers. Gomaa argues that the disparate histories of Arabs, South Asians, Chicanas, and Cubans in the U.S. unfold new non-national sites for affiliations and identifications that unsettle notions of a unified American national space. In each chapter a South-Asian American, Chicana, or Cuban-American text is paired with an Arab-American text to examine sites of ambivalence, which problematize an individual's sense of belonging to an "imagined community." The author proposes a redefinition of imagined communities to imagined transnational communities, which are formed beyond the geographical boundaries of a single nation and are not nation-centered. This study values Arab-American writings as a potential terrain to expand American Studies, and calls attention to Arab-American feminist strategies that contribute to theoretical debates by and about American women writers.

Dalia M.A. Gomaa is an Associate Lecturer of Women Studies at the University of Wisconsin—Milwaukee, USA.

“The book proposes the concept of ‘imagined transnational communities’ and positions Arab American literature as a field that can broaden, deepen, and complicate the meaning of Americanness. Gomaa’s study will be of particular relevance to scholars of multiethnic studies, American studies, Arab American studies, and women’s studies.” (American Literature, Vol. 89 (3), September, 2017)