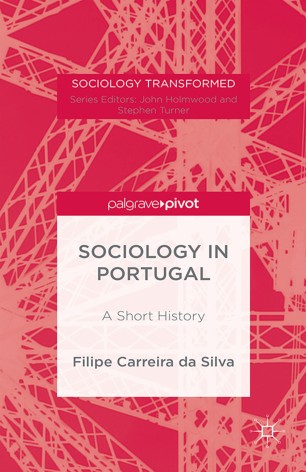 Sociology in Portugal: A Short History

Sociology in Portugal provides the first English-language account of the history of sociology in Portugal from 1945 to the present day. Banned by the fascist regime until 1974, the institutionalization of sociology as an academic discipline came relatively late. Understanding academic disciplines as institutionalized struggles over meaning, Filipe Carreira da Silva gives a genealogy of sociology in Portugal from its origins in the political-administrative interstices of a dictatorship, through the 'cyclopean moment' of the political revolution of April 1974, which brought about its swift institutionalization and subsequent consolidation in the new democratic regime, to the challenges posed by internationalization since the 1990s. Attempts to define Portugal itself, he demonstrates, have been at the heart of these struggles. Analyzing agents, institutions, contexts, instruments and ideas, Carreira da Silva shows in fascinating detail how the sociological understanding of Portugal evolved from that of a developing society in the 1960s, to that of a modernizing European social formation in the 1980s, to the post-colonial or post-imperial Portugal of today.

Filipe Carreira da Silva is Research Fellow at the Institute of Social Sciences, University of Lisbon, Portugal. He is also a Fellow of Selwyn College, University of Cambridge, UK. He has held visiting positions at Harvard, Chicago and Yale. In 2010, his book Mead and Modernity was awarded the ASA's Distinguished Book Award.

"Portuguese sociology has emerged as one of the most interesting in Europe. Filipe Carreira da Silva analyses this remarkable development in a broad context of international intellectual as well as national socio-political history, out of the twilight of a semi-fascist regime, through the latter's revolutionary overthrow, and the country's successful entry into the EU, up to its grappling with the 2008- crisis. In its combination of perceptive intellectual history, empirical discipline development, and interviews with key Portuguese scholars, it is an exemplary work." - Göran Therborn, University of Cambridge, UK

"In this fascinating contribution to Palgrave's series on national histories of sociology, Filipe Carreira da Silva presents a short, illuminating and elegant account of the discipline's trajectory in Portugal. Da Silva frames his history with theoretical sophistication, and readers are treated to a book that is as wide-ranging as it is meticulous. Banned till 1974, sociology in Portugal struggled to become viable. Da Silva tells that story with finesse, tracing sociology's emergence from dictatorship to the internationally oriented discipline it is today. Everyone interested in the paths of European sociology, and not just sociology in Portugal, will profit from this book." - Peter Baehr, Lingnan University, Hong Kong