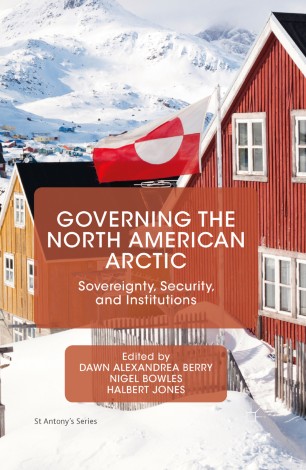 Though it has been home for centuries to indigenous peoples who have mastered its conditions, the Arctic has historically proven to be a difficult region for governments to administer. Extreme temperatures, vast distances, and widely dispersed patterns of settlement have made it impossible for bureaucracies based in far-off capitals to erect and maintain the kind of infrastructure and institutions that they have built elsewhere. As climate change transforms the polar regions, this book seeks to explore how the challenges of governance are developing and being met in Alaska, the Canadian Far North, and Greenland, while also drawing upon lessons from the region's past. Though the experience of each of these jurisdictions is unique, their place within democratic, federal systems and the prominence within each of them of issues relating to the rights of indigenous peoples situates them as part of an identifiably 'North American Arctic.' Today, as this volume shows, their institutions are evolving to address contemporary issues of security, environmental protection, indigenous rights, and economic development.