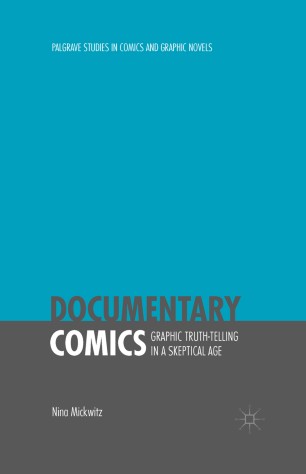 Graphic Truth-Telling in a Skeptical Age

Can comics be documentary, and can documentary take the form of, and thus be, comics? Examining comics as documentary, this book challenges the persistent assumption that ties documentary to recording technologies, and instead engages an understanding of the category in terms of narrative, performativity and witnessing. Through a cluster of early twenty-first century comics, Nina Mickwitz argues that these comics share a documentary ambition to visually narrate and represent aspects and events of the real world.