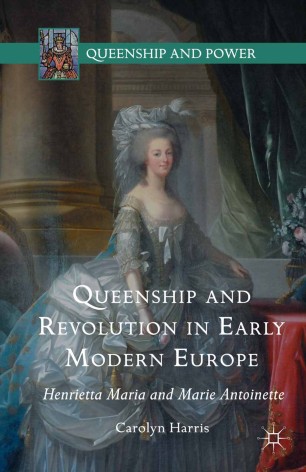 Queen Marie Antoinette, wife of King Louis XVI of France and Queen Henrietta Maria, wife of King Charles I of England were two of the most notorious queens in European history. They both faced accusations that they had transgressed social, gender and regional norms, and attempted to defend themselves against negative reactions to their behavior. Each queen engaged with the debates of her time concerning the place of women within their families, religion, politics, the public sphere and court culture and attempted to counter criticism of her foreign origins and political influence. The impeachment of Henrietta Maria in 1643 and trial and execution of Marie Antoinette in 1793 were also trials of monarchical government that shaped the English Civil Wars and French Revolution.

Carolyn Harris is an instructor in history at the University of Toronto, School of Continuing Studies, Canada. She received her PhD in European history at Queen’s University at Kingston, Canada in 2012. Harris is the author of Magna Carta and Its Gifts to Canada.
Carolyn Harris won the 2016 award for the best book published in 2015-2016 on the history of monarchy. This award is given by the Royal Studies Network.