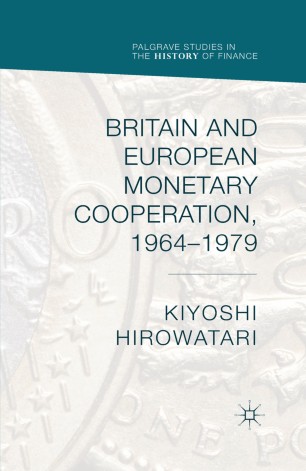 The collapse of the Bretton Woods system in the early 1970s resulted in a transition to fluctuating rather than fixed currency system. This brought sterling into the turmoil of the world currency markets, and by the end of the 1970s, sterling had quietly ended its role as an international currency. Sterling-dollar diplomacy collapsed, bringing to an end what had hitherto been considered Britain's prime relationship. Britain and European Monetary Cooperation, 1964-1979 provides a unique perspective on these events, shedding light on the complexities of the historical context of British monetary diplomacy and exploring the country's attempt at a European approach to sterling in the 1960s and '70s. The book describes the political and economic approach Britain took at the turn of the 1970s, and explains how the country became restricted by the burden of the sterling balances. In this book, the author illustrates how these developments offered opportunity for both cooperation and conflict in the light of monetary diplomacy. He demonstrates how Britain's struggle to achieve exchange rate stability, twinned with controversy over European Economic Community membership, finally prompted serious reconsideration of economic policy-making. This book challenges the commonly-held perception of the decline of sterling, and explains that, although Britain's attempt at a European approach failed, the decline of the currency was more complicated than a 'managed decline'.