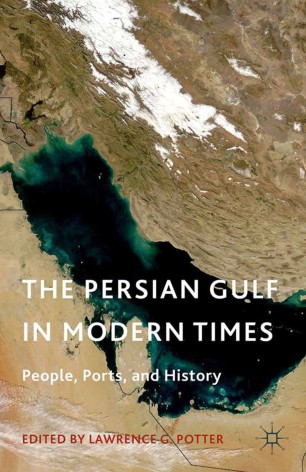 The Persian Gulf in Modern Times

This book explores the historiography, ports, and peoples of the Persian Gulf over the past two centuries, offering a more inclusive history of the region than previously available. Restoring the history of minority communities which until now have been silenced, the book provides a corrective to the 'official story' put forward by modern states.

"Much of the historiography of the modern Gulf deals exclusively with either Iran or the region's Arab states, which helps to underscore the notion that this narrow stretch of water is a natural divide between the Persian and the Arab worlds. This book demonstrates that prior to the establishment of modern borders the Gulf ports benefited from unfettered interaction between both shores as well as their lively participation in the trade of the entire Indian Ocean. The voices of historians from the Gulf region demonstrate the ways in which migrants from the Arabian hinterland or the mountains of Baluchistan, enslaved and free people from Africa or the Ottoman Empire or sailors from Asia, all contributed to a particular way of life and a common Gulf culture. By breaking moulds, this book opens up enticing leads for further detailed research and a less divisive understanding of the history of the past two centuries of the Gulf." - Frauke Heard-Bey, PhD, historian, author of From Trucial States to United Arab Emirates

'Amid the recent proliferation of literature on the on the region, The Persian Gulf in Modern Times: People, Ports and History stands out for the depth of its scholarship and breadth of its coverage. The contributions to this book present new and original interpretations on the historiography of the Persian Gulf, trace the emergence of its port cities, and explore the appearance and growth of diverse communities of Indians, Baluchis, the Hawala, and Africans in Iran, the littoral states, and Eastern Arabia. For anyone interested in a more thorough and in-depth understanding of the Persian Gulf, this book is an essential read.' - Mehran Kamrava, Georgetown University, Qatar