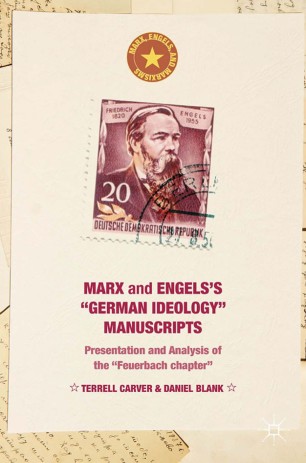 Presentation and Analysis of the “Feuerbach chapter”

Terrell Carver is Professor of Political Theory at the University of Bristol, UK. He has published numerous studies, translations and biographical works on Marx and Engels for major international publishers and works of reference. He has been a consultant on the Marx-Engels-Gesamtausgabe edition of the complete works, headquartered in Berlin.

Daniel Blank was educated at the University of Munster, Germany in political science, and was awarded a PhD in 2008 from the University of Bristol, UK, for his dissertation ''The German Ideology' by Karl Marx and Friedrich Engels: The Political History of the Manuscript and its Published Editions.' He lives and works in Bonn, Germany.