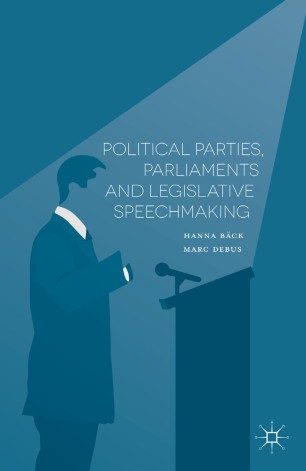 In analysing speeches made by legislators, this book provides theoretical and empirical answers to questions such as: Why do some Members of Parliament (MPs) take the parliamentary floor and speak more than others, and why do some MPs deviate more than others from the ideological position of their party? The authors evaluate their hypotheses on legislative speechmaking by considering parliamentary debates in seven European democracies: Czech Republic, Estonia, Finland, Germany, Ireland, Norway and Sweden. Assuming that MPs are concerned with policy-making, career advancement, and re-election, the book discusses various incentives to taking the floor, and elaborates on the role of gender and psychological incentives in speechmaking. The authors test our expectations on a novel dataset that covers information on the number of speeches held by MPs and on the ideological positions MPs adopted when delivering a speech.