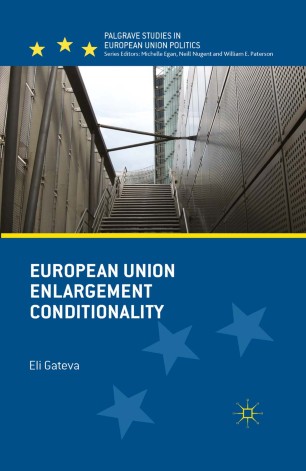 The book provides the first comprehensive comparative analysis of the development of EU enlargement conditionality across four different enlargement waves - the first (2004) and the second (2007) phase of the Eastern enlargement, the EU enlargement to Croatia (2013), and the ongoing enlargement round involving Turkey and the Western Balkans.

Eli Gateva is a teaching fellow at Queen Mary University of London, UK. She was previously a Lecturer in Politics at the University of Manchester, UK. Her research has focused on the effectiveness of EU post-accession conditionality towards Bulgaria and Romania and the impact of inter-institutional dynamics of the EU on the development of EU enlargement policy.