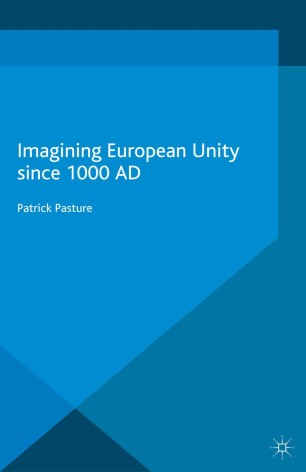 European unity is a dream that has appealed to the imagination since the Middle Ages. Its motives have varied from a longing for peace to a deep-rooted abhorrence of diversity, as well as a yearning to maintain Europe's colonial dominance. This book offers a multifaceted history that takes in account the European imagination in a global context.

Patrick Pasture is Professor of History and Director of the Master Programme in European Studies: Transnational and Global Perspectives at the University of Leuven, Belgium.

“Its critical meta-narrative stressing the dark sides and shortcomings attending the imaginings of European unity appears both timely and empirically sound. … this book without doubt not only sets new accents for European studies but also qualifies as an introductory textbook for students.” (Florian Greiner, European History Quarterly, Vol. 48 (1), 2018)

“It brilliantly shows that, beyond irenic discourses which present Europe as a land of freedom, tolerance, and diversity, there is another reality and another history of violence, exclusion, and obsession with uniformity” (Carl Bouchard, Peace & Change, Vol. 42 (1), January, 2017)

“It is learned, impressively so, without being boring for even a single page, and it is subversive since it shows the dark sides of the noble quest for peace – an inbuilt tendency of the integration project to suppress diversity and to dominate. The current circumstance of Europe gives it a particularly sharp edge”. (J. H. H. Weiler, European Journal of International Law, Vol. 28 (1), 2017)

“The period of time covered is, certainly, wide and multifaceted, and the nine chapters that make up the book are densely filled with historical details and information. … Imagining European Unity since 1000 AC encourages a reflection on the lessons from the past, illuminating the understanding of the present.” (Marta Postigo Asenjo, Global Intellectual History, Vol. 1 (2), 2017)