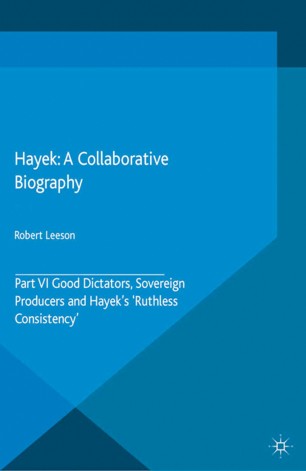 In this sixth volume contributors examine Hayek's neoliberal economics and politics in the 20th century, and the demise of the socialist system. Taking a closer look at Hayek's time in Australia, and his time spent travelling in the east.

“This book has to be credited with presenting a very different perspective of Hayek … which largely portrays him as a dominant figure in the development of neo-liberal principles and one of the most influential academics in the political, social and economic arenas. Lesson and the other authors provide many interesting and previously unknown details about Hayek’s personality defects and explain how these flaws, as well as his aristocratic upbringing, influenced his personal development and academic career.” (Birsen Filip, History of Economic Thought and Policy, Vol. 2, 2015)