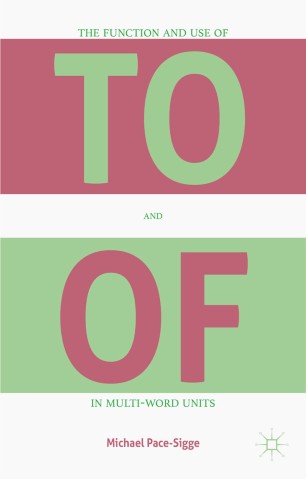 The highly frequent word items TO and OF are often conceived merely as prepositions, carrying little meaning in themselves. This book disputes that notion by analysing the usage patterns found for OF and TO in different sets of text corpora.

Michael Pace-Sigge is a Senior Lecturer at the University of East Finland. He has studied and taught at Liverpool University, UK, where his key research area had been Liverpool English (Scouse). Having been supervised by Michael Hoey, who first introduced the concept of Lexical Priming, Dr Pace-Sigge continues to work on the theory and published Lexical Priming in Spoken English (2013).