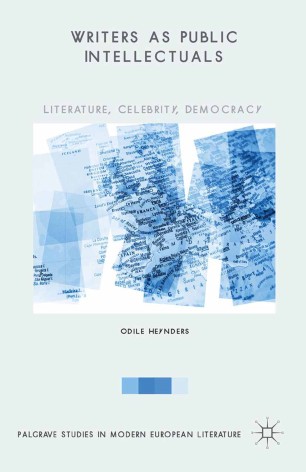 This book demonstrates how authors performing the role of a public intellectual discuss ideas and opinions regarding society while using literary strategies and devices in and beyond the text. Their assumed persona thereby reads the world as a book - interpreting it and offering alternative scenarios for understanding it.

Odile Heynders is Professor of Comparative Literature at Tilburg University in the Netherlands. Her research interests include contemporary literary history, intellectual history and cultural studies, and her publications include articles in journals such as the European Journal of Life Writing, Journal of Dutch Literature and a chapter in New Public Spheres: Recontextualising the Intellectual (ed. Thijssen et al, 2013).