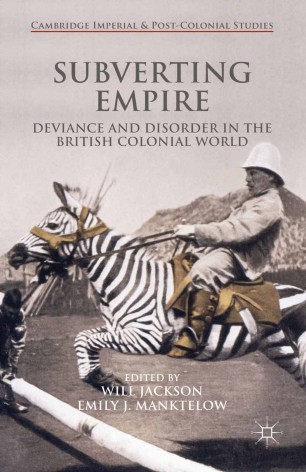 Deviance and Disorder in the British Colonial World

Across their empire, the British spoke ceaselessly of deviants of undesirables, ne'er do wells, petit-tyrants and rogues. With obvious literary appeal, these soon became stock figures. This is the first study to take deviance seriously, bringing together histories that reveal the complexity of a phenomenon that remains only dimly understood.

Emily J. Manktelow is a Lecturer in Modern British History at the University of York.