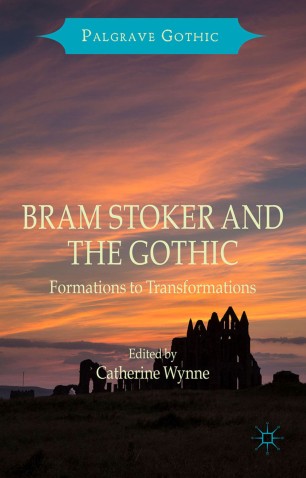 Bram Stoker and the Gothic

Part of the The Palgrave Gothic Series book series (PAGO)

'My revenge is just begun! I spread it over centuries, and time is on my side,' warns Dracula. This statement is descriptive of the Gothic genre. Like the Count, the Gothic encompasses and has manifested itself in many forms. Bram Stoker and the Gothic demonstrates how Dracula marks a key moment in the transformation of the Gothic. Harking back to early Gothic's preoccupation with the supernatural, decayed aristocracy and incarceration in gloomy castles, the novel speaks to its own time, but has also transformed the genre, a revitalization that continues to sustain the Gothic today. This collection explores the formations of the Gothic, the relationship between Stoker's work and some of his Gothic predecessors, such as Poe and Wollstonecraft, presents new readings of Stoker's fiction and probes the influences of his cultural circle, before concluding by examining aspects of Gothic transformation from Daphne du Maurier to Stoker's own 'reincarnation' in fiction and biography. Bram Stoker and the Gothic testifies to Stoker's centrality to the Gothic genre. Like Dracula, Stoker's 'revenge' shows no sign of abating.