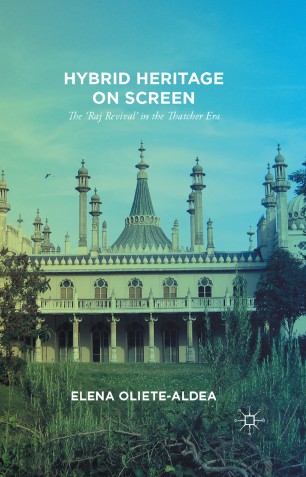 The ‘Raj Revival’ in the Thatcher Era

Hybrid Heritage on Screen provides a long overdue thorough analysis of the 1980s 'Raj Revival'. It examines imperial nostalgia and troubled ethnic, gender and class relations during the Thatcher Era as represented in cinema and television.

Elena Oliete-Aldea is Lecturer at the Department of English of the University of Zaragoza, Spain. She belongs to several research groups on film and cultural studies and her main areas of interest include filmic representations of cultural identities and international relationships in the context of globalisation in transnational Anglophone cinema.