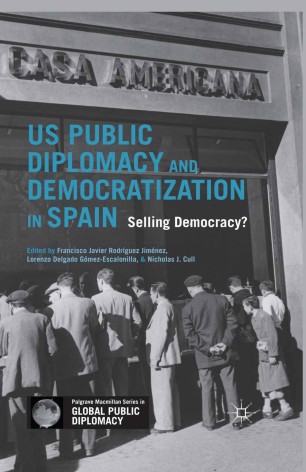 US Public Diplomacy and Democratization in Spain

When the post-war relationship between Spain and America began, Hitler's old ally was an unlikely candidate for US influence. The Cold War changed all this. Soon there were US bases on Spanish territory and a political conjuring trick was under way. This volume examines the public diplomacy strategies that the US government employed to accomplish an almost impossible mission: to keep a warm relationship with a tyrant without drifting apart from his opponents, and to somehow pave the way for a transition to democracy. The book's focus on the perspective of soft power breaks new ground in understanding US-Spanish relations. In so doing, it offers valuable lessons for understanding how public diplomacy has functioned in the past and can function today and tomorrow in transitions to democracy.