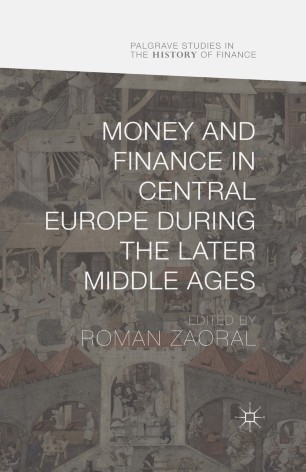 Money and Finance in Central Europe during the Later Middle Ages

The wealth of the Central European archives, particularly in urban records, has not been fully realised by Western European historians. However, the records are not always straightforward to use and many studies tackle the methodological problems inherent in gathering and analysing medieval sources. This book presents an original review of past and present research of national historiographies on medieval financial history from Central Europe. Covering material ranging from the thirteenth to the sixteenth centuries, it explores the eastern regions of the Holy Roman Empire, including Bohemia, Silesia, Austria and Germany, and extending to Poland and Hungary. The authors firstly discuss the monetary policy of the Holy Roman emperors during the Middle Ages, before moving on to wider aspects of state finance, including credit mechanisms used by rulers. The book then investigates civic records and what they reveal about urban life and trade. It lastly investigates the financial activities of the church, from papacy to the cathedral chapters in Prague. Using numismatic and documentary evidence, Money and Finance in Central Europe during the Later Middle Ages provides an invaluable point of comparison with the financial conditions in Western Europe during the Middle Ages.